The Dean of the Faculty of Arts, University of Lagos, Prof. Olufunke Adeboye

The Dean of the Faculty of Arts, University of Lagos, Professor Olufunke Adeboye has said that the political terrain in Nigeria is too rough to accommodate female politicians.

Adeboye, a professor of History and Strategic Studies, made this statement during an interview with UNILAG Sun.

She noted that there is a dearth of women in Nigerian politics not because they lack the needed qualities, but due to the ‘problematic practices’ associated with running for office in the country.

“The Nigeria political terrain is still very rough. It’s not as if we don’t have capable women. We have very competent women. Is it not this same set of women that excel in other professions? Look at Dr. Ngozi Okonjo Iweala, where she is now at the World Trade Organization, look at several other women at home that are doing well. Women are well educated, they are competent but when it comes to the political terrain, the way Nigeria practices politics is very problematic.”, the dean said.

Adeboye noted the high cost of party registration fees, late-night meetings, and electoral violence as some of the practices that discourage and exclude women from vying for political positions.

“You have to join a political party, and then, the time comes that you want to signify your intention to join the race and the type of money they are asking you to bring in PDP, in APC for you to contest is so outrageous.

“Even then, the culture of the political parties, all these nocturnal meetings. How many women will be leaving their families to attend meetings at midnight? When the time comes for the election, the electoral violence!”

“How many women will be there carrying thugs to steal ballot boxes all over?’ So, the way we practice politics in Nigeria is what is problematic. It’s what is not making it attractive to women and in fact, it is as if it has excluded the women,” she concluded.

Adeboye, who also spoke on her term as Dean of Arts  described the session as an eventful one courtesy of the pandemic, lockdown, and ASUU strike.

“I started my first term on the 1st of August 2019 and by February 2020, we had COVID. By March, there was the lockdown, there was the ASUU strike and so, it was up till February 2021 and before school reopened.  So it has been eventful.

The dean further mentioned the establishment of a Center for Digital Humanities as part of the faculty’s scheme to familiarize arts students with technological innovations around the world.

Commenting on the travel ban from western countries due to COVID-19 and the effects it may have on students of European languages, who are mandated to spend a year of study in their host language countries, Adeboye assured that neither the health nor lectures of these students had been compromised.

“Okay, their lectures have not been affected. For instance,for  the Chinese students, what the university  arranged with the counterpart university in China is to continue with online classes, until the situation is better because, we would not want to endanger our students and just send them out when the other places are not safe.”

“But in some European countries now, they are gradually assuring the world that things are becoming safer especially with the vaccine, these students have been vaccinated. So, those who have taken the second dose of their vaccines, are well protected to travel.

“For Russian studies now, plans are also being made to prepare the next batch that will go, since they have cleared the air there and the counterpart university there said they are free to come and so we take it on a country by country basis.”

She stated that the University liaised with its  international counterparts to hold virtual classes with the students pending when the countries are declared Coronavirus safe. 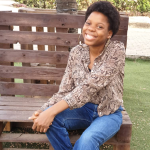